What 4 Specific Body Fat Percentage Ranges Look Like on Men

Posted on October 24, 2017 by David Jones in TRAINING TIPS | Leave a comment 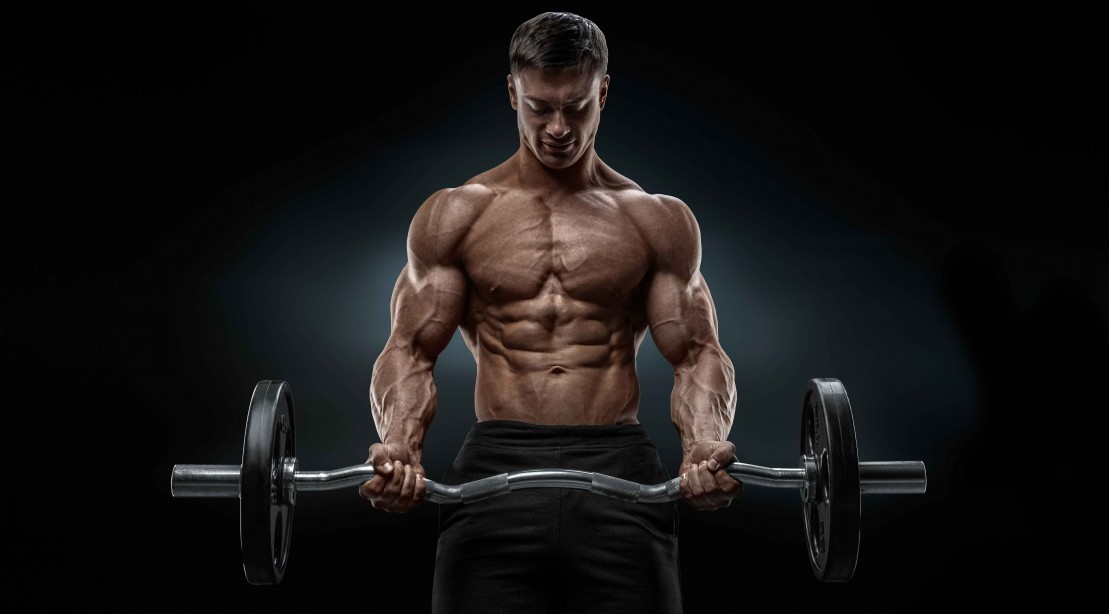 There are a lot of numbers to consider in your training targets: reps, sets, miles, heart rate, lbs. But if body fat isn’t on that list, it’s time to add it.

“Body fat percentage is what portion of your overall body composition is fat and what portion is lean mass, While body mas index (BMI) is a fine measurement for the average person, if you have a lot of muscle, body fat percentage is a better tool to assess your goals by since most guys’ goal is to trim fat,” says ACSM Health Fitness Instructor, Jim White, R.D., owner of Jim White Fitness and Nutrition Studios in Virginia Beach.

According to the American Council on Exercise, the average body fat for a guy is 18 to 24%. 15 to 17% puts you in the fitness category, while 6 to 13% is athelete status. But what’s the real difference among the numbers?

Guys below 20% typically have muscle definition of some sort. As the numbers drop, that definition increases. And it’s mostly in the abs, since men generally tend to accumulate the most fat in their stomach.

But body fat distribution is also heavily influenced by genetics, explains Christopher Jordan, CSCS Director of Exercise Physiology at the Johnson and Johnson Human Performance Institute and creator of the 7 Minute Workout. That means, if you and your friend shed the same amount of body fat, he may secure two more ab outlines, while your biceps and triceps carve deeper (hey, there are worse lots in life!). “Look at your father and grandfather – that’ll give you an indication of your genetic body fat distribution pattern”, he adds.

The other difference is your weight. If two guys are 200 pounds with 10% body fat, they both have 20 pounds of fat. But while the numbers are the same, 180 pounds of lean muscle looks significantly different on a guy who’s 5’8″ that one who is 6’3″. The former will be lean, but a thicker mass of muscle, while the latter probably looks skinnier. explains personal trainer and strength coach Pete McCall, CSCS, instructor at Equinox in San Diego.

You need a certain amount of essential fat – 3% – which is found in the vital organs and is essential for normal functioning in a guy, Jordan explains. “Consequently, the minimum healthy percent body fat a man can achieve is around 3%, typically seen in endurance athletes, but also bodybuilders on competition day.” If that sounds ridiculously unachievable, don’t freak out – all our experts agree somewhere in 10 to 15% is the most realistic for looking cut. But, decide for yourself. Check the visuals and read exactly what it looks like to have 5-8% body fat, 9-13% body fat, 14-17% body fat and 18-20% body fat. Then, find out how to achieve each one. 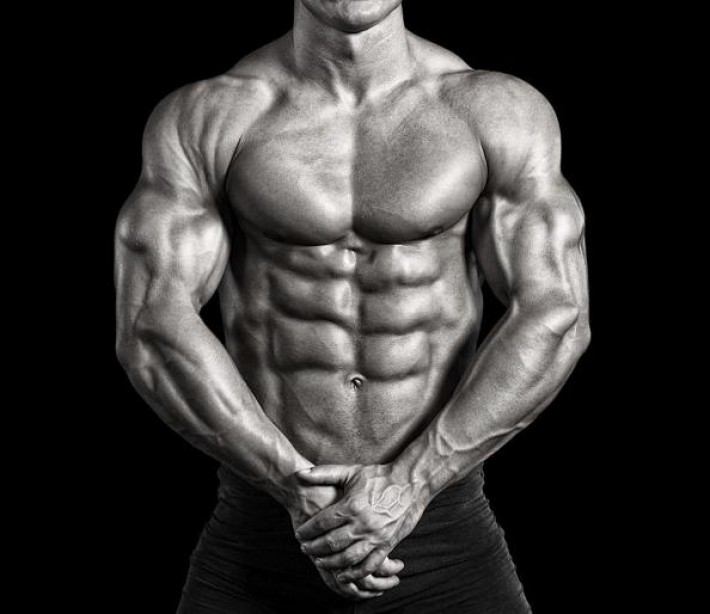 You pretty much look like Michelangelo’s statue of David – like a living anatomy chart. All your muscles and veins are defined. You might not have the biggest muscles in the room, but they are certainly the most defined. 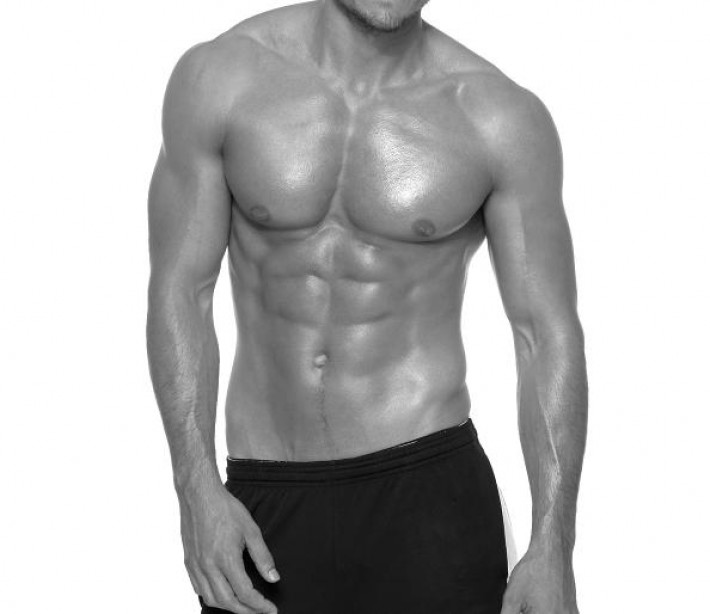 You definitely have a six pack and obvious vascularity – you are totally ripped. Your chest and arms are defined, but bulkier than the body fat group below you. 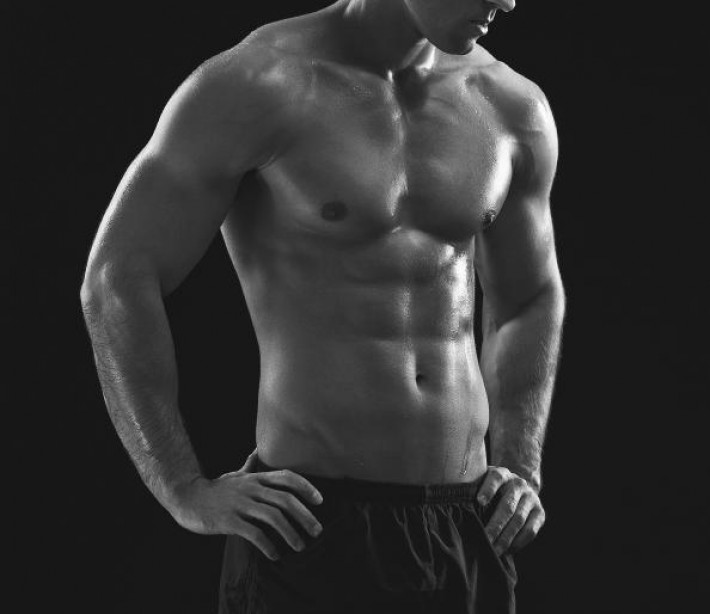 You might see the upper two abdominal areas, but the bottom abs probably aren’t coming in as much. You have some separation and hardness of the muscles all over and slight vascularity, but everything isn’t dug out quite as deep. 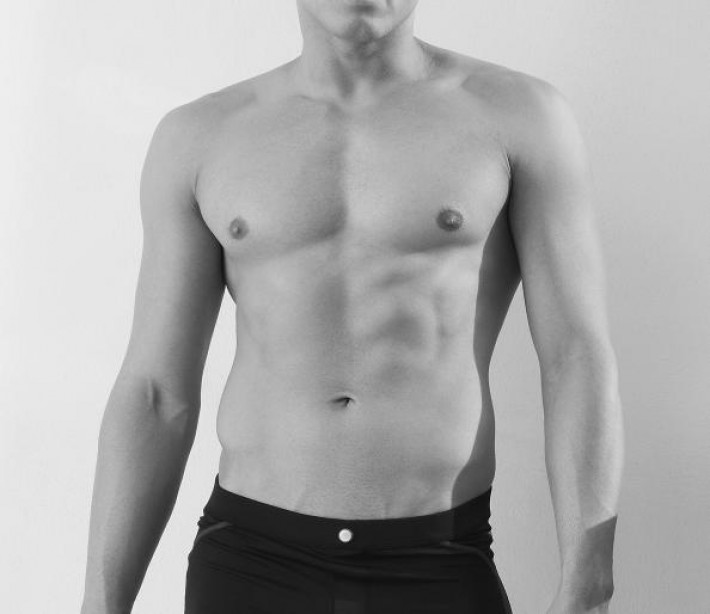 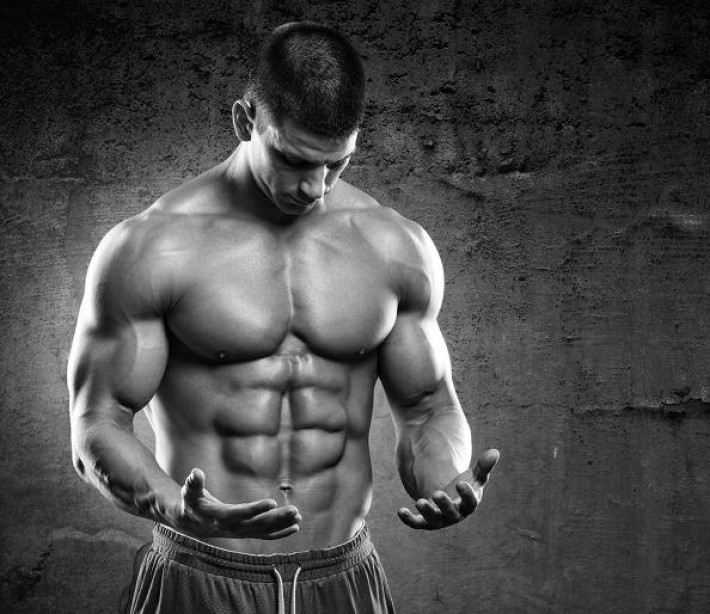 HOW TO ACHIEVE A LOWER BODY FAT PERCENTAGE

Despite what you may think, the biggest difference between 7 and 20 percent isn’t your workout – it’s your diet, all the experts agree. The difference boils down to eating for performance and balanced enjoyment, and eating to look good, McCall says.

“The 7% guy is definitely following a very strict regimen.” he explains. He’s probably eliminating certain macronutrients, like being Paleo with no carbs, and is definitely paying very close attention to what he eats.

Meanwhile the 10-12% guy is in constant flux – some weeks he’s at 9 percent, and others he’s at 12%. “He might have a cheat meal – splurging on wings instead of steamed asparagus when out with the guys – but not necessarily a cheat day,” McCall says.

Someone at 15% is having a cheat day. “He’s paying attention and making certain decisions – no fried foods, burger without the bun, no accidental break room pastries. But he’s not uber health conscious,” he adds.

It comes down to what your priorities are: Do you want to go out and have a beer with the guys once a week and look pretty good – certainly better than most – or do you want to limit the places and things you can eat, but look ridiculously cut?

To some people, the aesthetics are very, very important – and that’s fine,” McCall adds.But for others, the balance of looking good and enjoying a few indulgences in life is more desirable.

When you want to hit a new body fat category, you have to decide: How important is being less than 10%? Because it requires certain lifestyle commitments,” he explains. At 20%, you might cave and have half a pizza. At 15%, you’ll have one or two slices. And at 8%, you’re sniffing the pizza and eating your salad.