Bench Presses Don’t Have To Cause Shoulder Pain 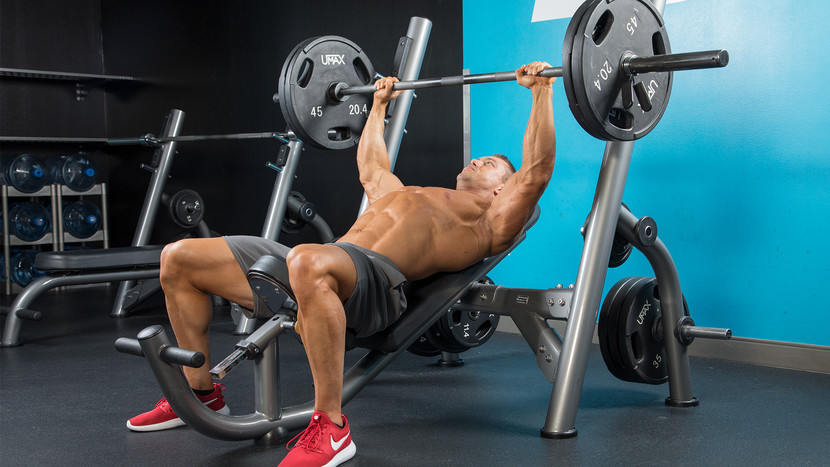 Many of us accept shoulder pain as a fact of lifting life, but it doesn’t have to be that way. Here are solutions you can put into action today to save your shoulders for tomorrow!

Taken as a whole, weight training is surprisingly safe compared to other physical activities. That may seem a little surprising, given that most gym rats seem to be complaining about some ailment or other. But the truth is, it’s a short list of 2-3 very common injuries and pain issues that most of us are battling. Perhaps the most common issue, especially for men, is shoulder pain stemming from the flat barbell bench press.

The reasons why benching hurts your shoulders is a topic for another article, but suffice it to say, that shoulder pain usually isn’t so much the fault of benching itself, but rather, the misuse and overuse of the exercise. Lots of guys bench too heavy, too much, and for too long, often while using suboptimal mechanics.

If you’re willing to make a few simple adjustments to your training program, you can not only keep benching heavy now, you can keep it up for years or even decades to come. If that sounds like a plan, let’s dig in.

1. Strengthen Your Bench By Not Benching

As I wrote in my article “7 Ways You’re A Serious Workout Injury Waiting to Happen,” a few bad things start to happen when you do a certain exercise for a long time—typically 6-8 weeks, especially for experienced guys.

For one, your body stops adapting to the stimulus. You don’t get sore any more—which probably means you aren’t growing any new muscle, as I explained in “5 Rules to Build Strength and Size.” At this point, most of us also find we can’t seem to improve upon our recent PRs—which obviously means you’re not getting stronger.

The other bad thing that happens is that you keep stressing your joints and connective tissues in exactly the same way, week after grinding week.

The bench press is especially guilty of these problems. After a month of two of benching, you no longer benefit from the exercise, and you start to damage your shoulders from chronic overuse. And yet, you keep benching.

May I ask you a question? Why?

Let me take a wild guess—it’s because you’re afraid that if you stop benching for a while, you’ll lose all your gains. It’s like I’m psychic, right? 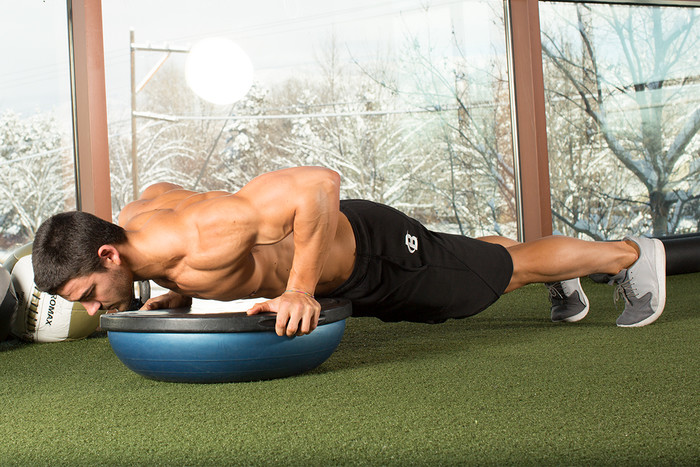 In all seriousness, I’ve been there. But the truth is that the best thing you can possibly do to improve your bench is to give it a break. Don’t worry, you’ll still be pressing; just use close variations of the bench in rotation. Make full use of so-called “accessory moves” like close(er)-grip benches, incline benches (barbell and dumbbell, and at different degrees of incline, not just 45 degrees), push-ups (possibly suspended from rings and/or with a weight vest), flat dumbbell presses, machine presses (flat and/or incline), and football bar presses (flat and/or incline).

If you press, say, twice a week, choose 1-2 of these movements per workout, but make sure you’re only doing exercises that don’t hurt. Then, in 4-6 weeks, switch out 50-100 percent of those drills. And yes, once your shoulder pain has calmed down, you can put the standard barbell bench into the rotation as well.

How does this help? Just as muscle and strength adaptations slow when you do the same movement over and over, so does skill. Most people don’t realize this, because when you come back to an exercise after you haven’t done it for a while, it feels “off.” But that’s OK—in fact, it’s great. Old technique inefficiencies you had grown numb to are now glaringly obvious, and after a handful of sessions, your technique is likely to be better than it ever was. And you’ve probably got more muscle to boot due to the inclusion of some new pressing movements. That’s the power of intelligently applied variation.

Just resist the temptation to do every known pressing movement discovered by exercise science in a single training block. If you do end up with shoulder pain, it’ll be tough to determine which exercise caused it. And given the adaptive importance of novelty, if you use every pressing movement you know in one mesocycle, what new exercises are left for the next one?

If your “warm-up” is just a few lightweight sets of the bench press, you’re not doing yourself or your shoulder any favors.

No matter what pressing variants you’re using, I strongly recommend learning and using a simple three-exercise warm-up with elastic tubing. It’s three rounds, 90 reps total, and won’t take you more than a 3-4 minutes.

Not only do I recommend this to my clients, I also do it myself before every pressing workout, and it’s been amazingly effective. Given how little time it takes, you don’t have much to lose by giving it a try. It was created by John Rusin, who featured it in his article “The New Way to Train Upper Body Twice a Week.”

3. Go Slower When You Lower

It’s funny, but most experienced lifters already understand that the eccentric phase of the lift contributes more to strength and (especially) hypertrophic adaptations than the concentric portion, and yet, few people ever bother to use slow eccentrics.

Why is this? You already know, but I’ll say it out loud since I was one of those people until recently: It’s because when you use a slow eccentric, you can’t lift as much weight. While that’s true, it’s worth the hit to your ego, because two great things will take place if you decide to implement this strategy.

First, as I just explained, you’ll have an immediate uptick on your strength and muscular adaptation. Second, you’ll fundamentally alter the way the exercise stresses your muscles and joints. In a conventionally performed bench press, the highest forces take place when the bar is at your chest, during the switch from eccentric to concentric. This is also where your shoulders are in their most vulnerable position. If you slow down the eccentric phase of the lift, you’ll keep those forces a lot lower, which will serve to protect your shoulders.

4. Save The Bench For Last (Or At Least Not First)

This goes against the fundamental lifting commandments for some people, but stick with me.

Why is this? I have a few ideas: 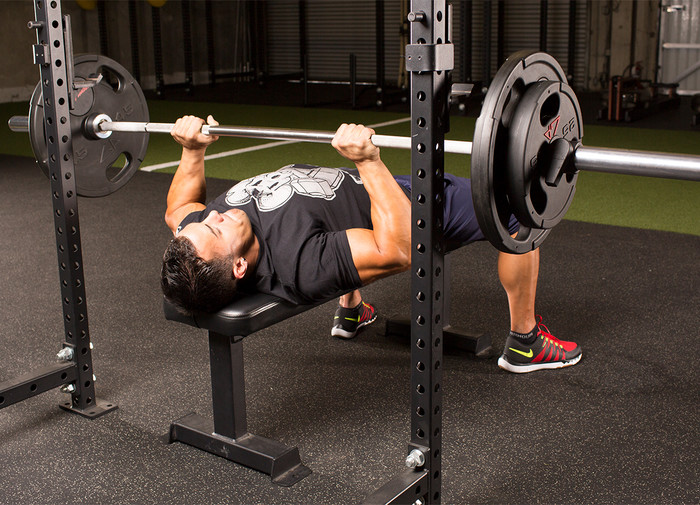 Here’s a final thing to ponder when thinking about changing your typical exercise order: If you always do certain exercises first, you’re far more likely to have aesthetic and or performance imbalances. So by benching later in the session—or at least, not first—you’ll not only save your shoulders, you’ll also improve your physique and your performance as well.

5. Don’t Wait For Pain Before You Change Your Ways

Most of us realize, on an intellectual level at least, that we shouldn’t train in pain, but we do so anyway, because we fear that we’ll lose ground if we discontinue the painful exercise for a period of time. Soon enough, we’re losing sleep, training time, and quality of life.

If your goal is to be strong and healthy, you need a new way of thinking about training in pain. Namely, there is never a good reason to do things that hurt. I would argue that even if you had no pain at all, you should still implement the strategies I’ve laid out in this article:

Bottom line: The smarter you train, the better you’ll feel, and the stronger you’ll become.