4 Drills To Fix What’s Wrong With Your Pull-Ups 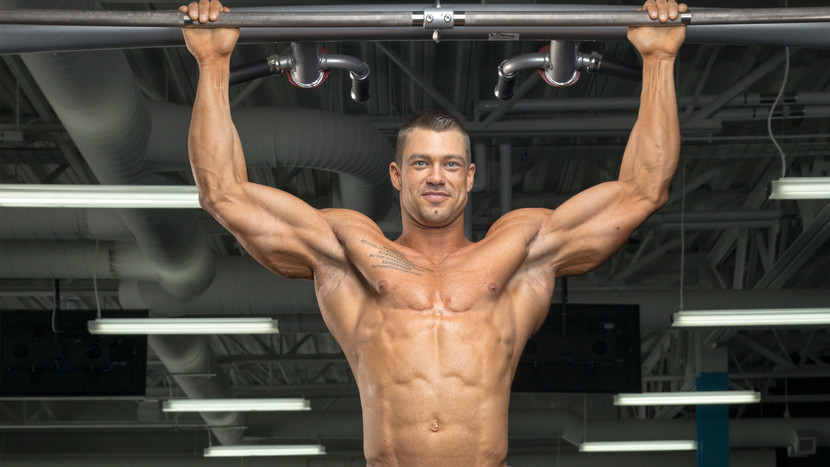 Pull-ups can do wonders for your strength and physique, but not if your technique is an injury waiting to happen. Use these three straightforward drills to boost the quality and quantity of your reps!

You probably don’t need me to tell you why you should do pull-ups. The benefits of this move have been known since Dave Draper and Arnold were busting them out on Muscle Beach, and probably far longer. It’s a key lift in countless bodybuilding, sports performance, and functional-fitness routines. The pull-up carries such historic status in our culture that it needs little introduction.

Unfortunately, a well-executed pull-up is as hard to find as Bigfoot. But as long as the chin gets over the bar for a certain number of reps, you’ve achieved your goal, right? Actually, whomever you’re paying to fix up your bum shoulder is often the real winner.

Fixing the problems that plague most people’s reps isn’t going to happen simply through more reps. If you’re guilty of the most common pull-up crimes, you need to step back, dial down the volume—or maybe take a break from pull-ups entirely—and focus on movements that reinforce proper pull- up mechanics.

That may not sound like fun, but these movements also happen to carry the same benefits as pull-ups, like a crazy strong core and upper-back development for days. So spend some time with these pull-up fixers and watch them pay off next time you grab the bar.

“Chin to bar” shouldn’t be the only goal of a pull-up. Here’s a better mission statement for the king of upper body pulls:

Pull the upper chest to the bar without alterations to body position, keeping the body in vertical alignment, using mainly the muscles of the upper back.

Not as short and sweet, perhaps, but it’s more accurate. When the only objective is to raise your chin over the bar during a pull-up, you’re prone to developing all types of bad habits that negatively impact your performance in the pull-up. 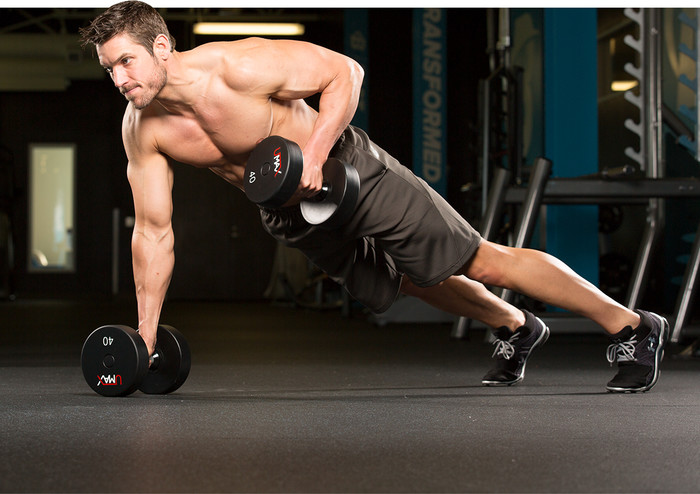 This doesn’t mean that a leaning-back pull-up doesn’t have any use. But if it’s the only kind of pull-up you’re doing, once again, you’re missing out on a lot of the benefits of the move.

Your body doesn’t really function in muscular isolation, but rather in specific chains of muscles. Physiotherapist and author Diane Lee calls these “sling systems,” which are made
of specific muscle groups working together to create more efficient movement. There are numerous sling systems in the body, but the two chains most important to improving pull-up
strength are the posterior oblique and anterior oblique systems.

Viewed through the lens of these connections, it becomes clear that a lack of pull-up strength isn’t just an upper- body issue. It’s an issue of connecting the back, core, and even the hips! Reinforcing these connections can have a profound impact on your upper-body strength as well as your back health.

Exercises like body saws are amazing for doing just that! You’ll feel intense abdominal work during this movement, but the real beauty of this drill is the coordination of vertical pulling action—as in a pull-up—with a stable core and active hips. The body “sagging” during the body saw gives instant feedback that the crucial chains are broken. 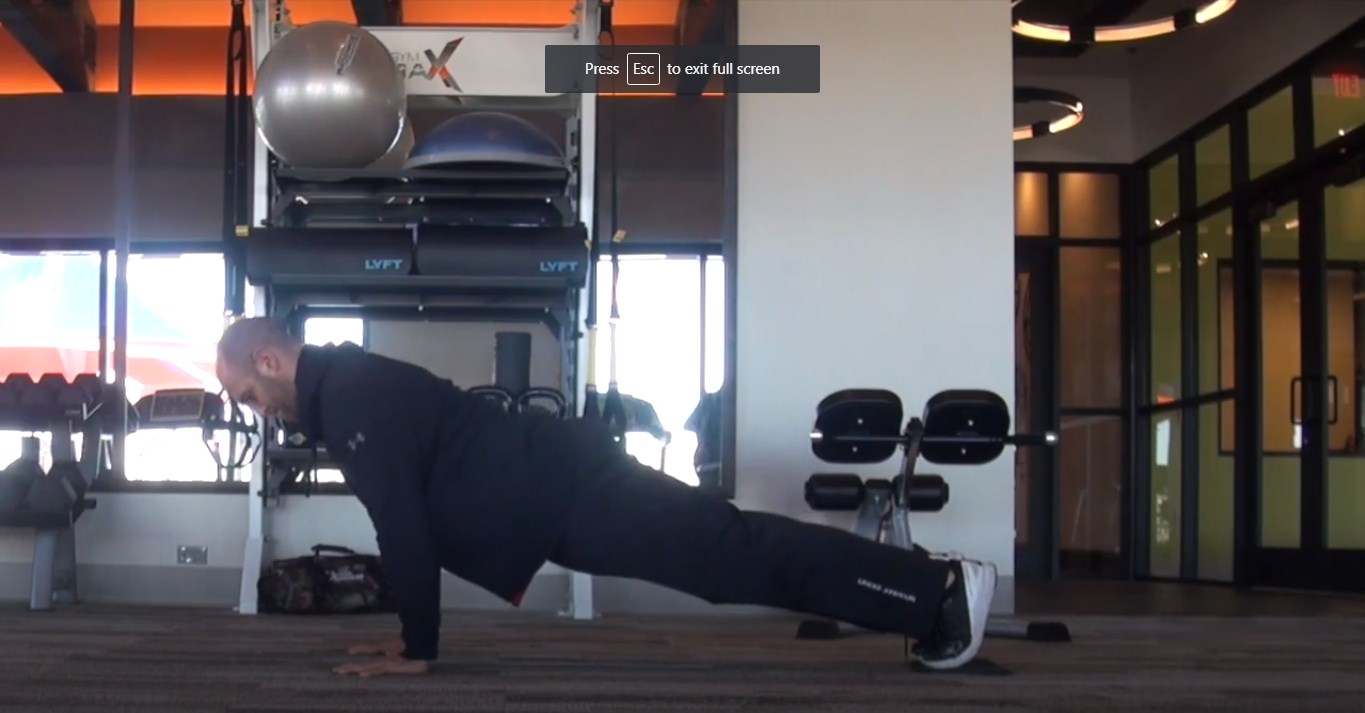 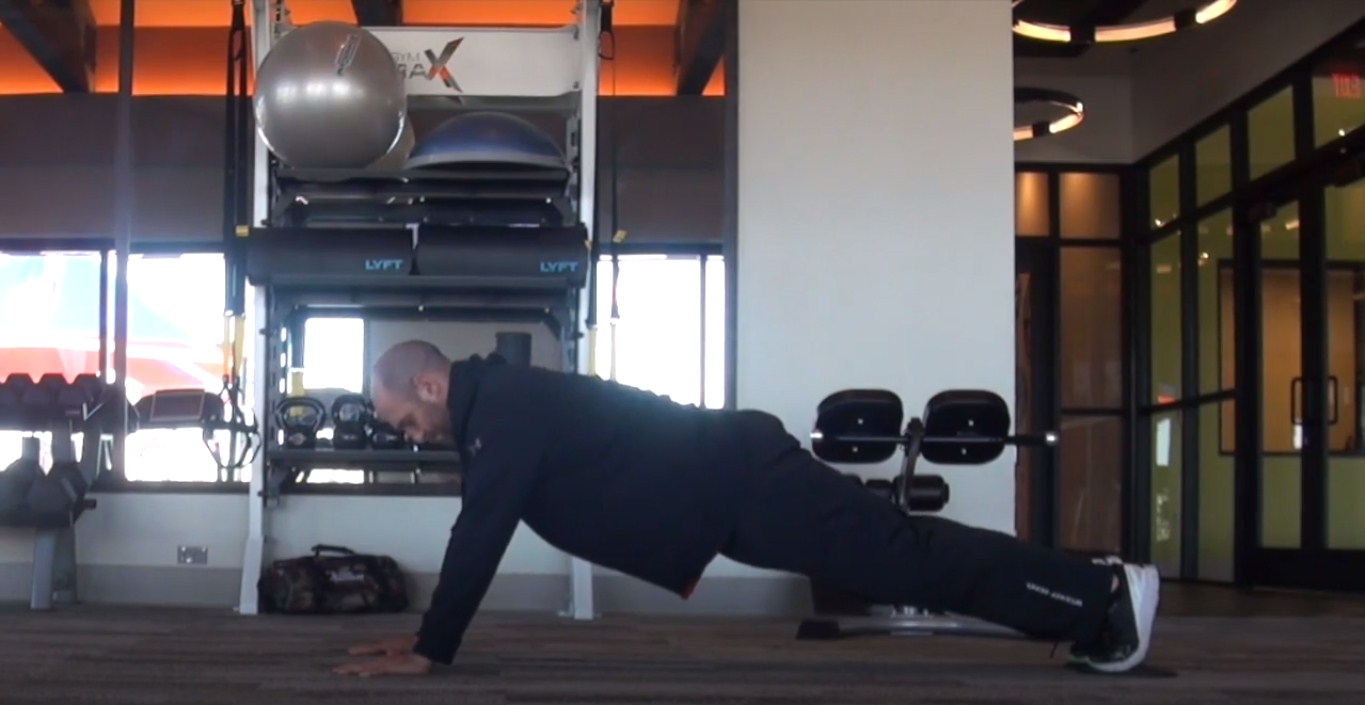 To perform the body saw, get in either a push-up or elbow- plank position. With your feet on sliders or towels, slide back a few inches, but not so far that you compromise your back position. Then slide forward again. That’s all it is, but it’s tougher than it sounds!

Another benefit of this simple-looking drill is the fact that you can train upper-back strength. It will light up your lats, so if you’re someone who is only used to feeling your arms when you perform pull-ups, you might finally feel the right muscles for the first time!

It may make sense that a row would help the pull-up, but the focus of the renegade row isn’t really on the row itself. Since you’re in a push-up position, you can’t load your upper back to the same degree that you could in a standing position. And anyway, once you do a rep or two of the renegade row, you quickly realize that both arms are—and should be—working equally hard! That’s where the magic of this movement lies. 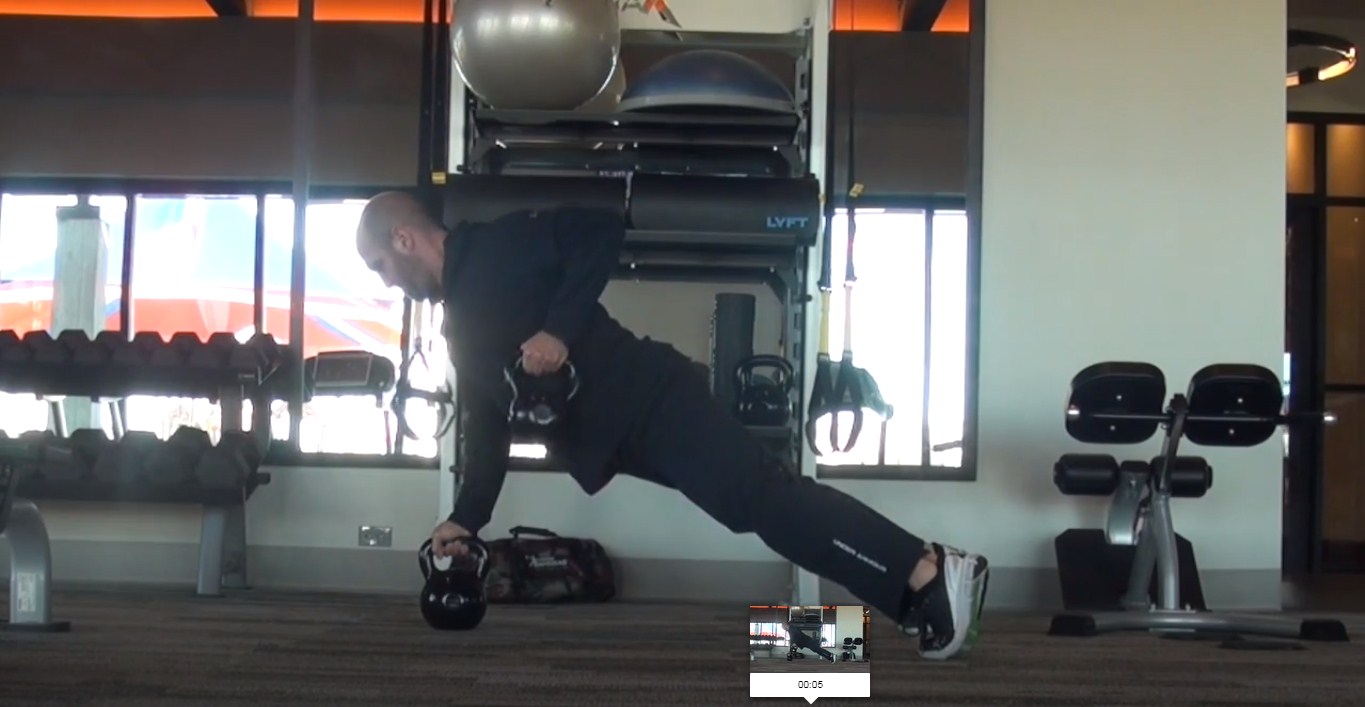 During a renegade row, slowly pull the rowing arm up so the lat tightens and the shoulder blade moves back. The supporting arm should be gripping tightly, keeping a neutral
wrist and packed shoulder. Get those two positions down, and you’ll do wonders for your shoulder stability, strength, and full-body muscular integration.

Of course, these plusses come with a big “unless”—namely, unless you allow your hips or torso to tilt, rotate, or pike up. These compensations negate the impact of the movement,
which is to have the shoulder stay connected to the core and the hips while the arm is challenging that stability.

Yes, this is an extremely intense exercise. The weight wants to pull you one way, and your body wants to pull the other way. Hold firm!

A press to fix your pulls? Stick with me.

Working from a half-kneeling posture places you in a body position where your entire body must stabilize while trying to lift a load. You’ll have to efficiently integrate your
hips, core, and upper body in what should look like a seamless movement. 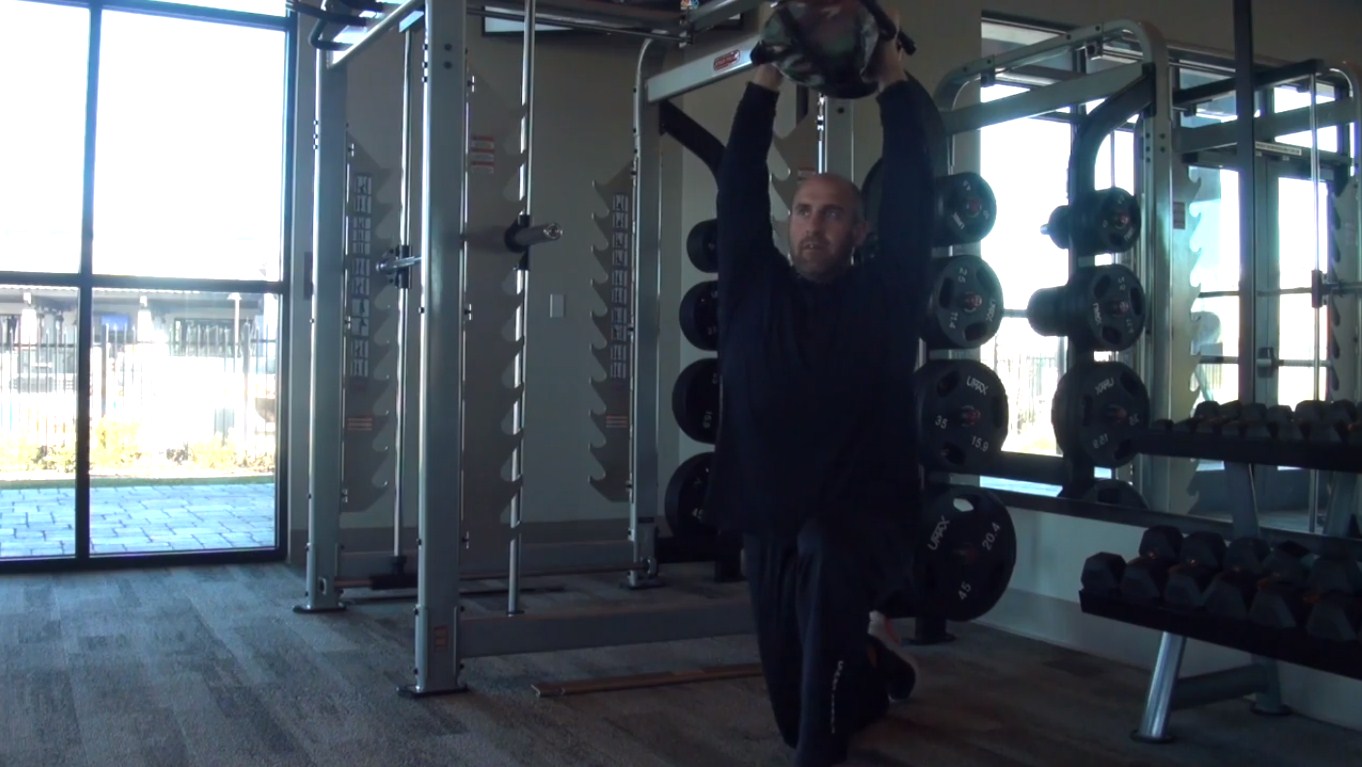 You could definitely perform this movement with other types of weights, but the sandbag provides a unique level of instability that helps activate more muscles of the upper body and trunk. And the combination of the half-kneeling posture, the sandbag, and moving from side to side is a stellar trio, creating something similar to a modified side plank that incorporates both push and pull components.

Try this, and you’ll quickly find where your weaknesses lie and find yourself pressed to connect your entire body, rather than just pieces of it. That can definitely carry over to your pull-ups.

There is no shortage of “how to get better at pull-ups” articles. Many offer some good ideas and techniques. However, most require proficiency in pull-ups to do them really well. That is why I have become a big fan of a regression I call the “chair pull-up.” 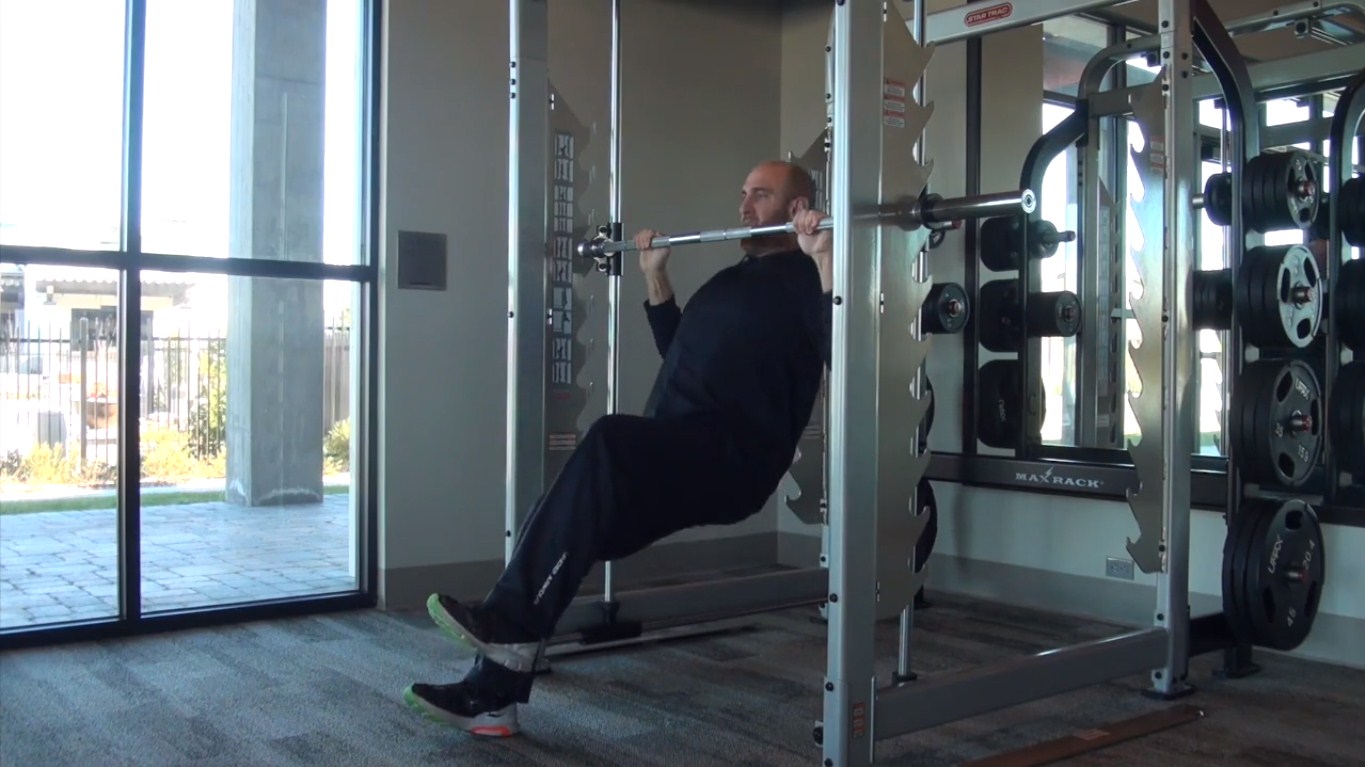 You can perform this move on a low bar or on a Smith machine. In practice, it’s somewhere between a pull-up and a bodyweight row. While providing a slight assist from the floor, it still encourages proper posture and alignment, and targets the right muscles to help knock out pull-ups.

Here’s how you can progress it:

Pull-ups can be an amazing exercise for health, performance, and appearance. But their benefits are really only accessible when the focus is on quality first.

Try these drills, and see how they change your journey to the bar and back.