Posted on December 25, 2017 by David Jones in Uncategorized | Leave a comment 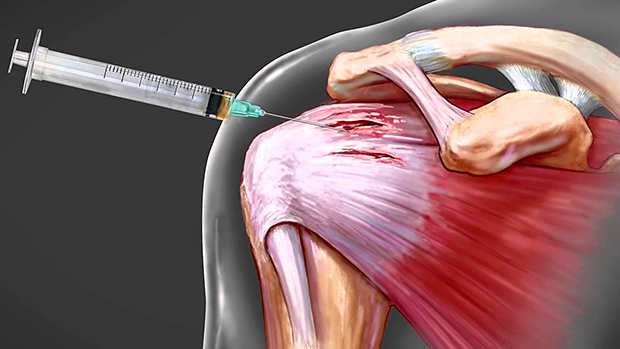 When people get injured, they often get cortisone injections. Most of us have had one at some point. But we’ve learned over the years that they aren’t always effective, can lead to more harm than good down the road, and they hurt like hell!

Thankfully, we now have many more injection options available to us to help speed up the healing of injuries. In an ideal world, you could go to your local walk-in clinic to request any one of these injection methods and have it covered by your health insurance plan. Unfortunately, it doesn’t work that way. These are specialized procedures that require specialized doctors to perform them and one, in fact, is more of an underground thing that you’d have to initiate on your own.

In any case, you’ll need to do some research and in the case of the “above ground” procedures, you’ll have to ask around to find someone competent in your area. You’ll likely have to pay out of pocket, but if the alternative is constant pain, compromised strength, mobility, and performance, and possibly surgery, you may want to buck up.

These two compounds, injected into trigger points, provide a potent anti-inflammatory effect without hindering the body’s healing mechanism. For example, if this blend is injected into the infraspinatus muscle (a common trigger point for shoulder pain) and then actually heated up using a laser, it spreads into the shoulder joint capsule and works its magic.

This one feels and acts like a cortisone injection initially, except that it doesn’t have the potential harmful side effects such as tendon rupture and scar tissue formation. I had the B12/Traumeel procedure done many years ago and it certainly provides an anti-inflammatory effect, but the downside is that it initially feels like Mike Tyson punched you in the shoulder. 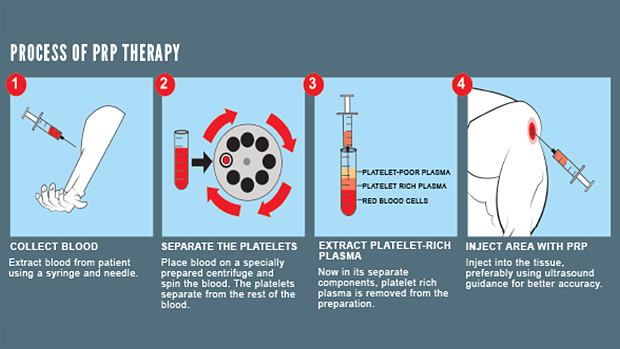 PRP involves injecting some of your own blood after it’s been removed and been centrifuged down to isolate the platelets – the part of the blood that contains all the healing factors. The therapy appears to help repair muscle, bone, and other tissues. It also appears to help regenerate ligament and tendon fibers, which could shorten rehab time and possibly eliminate the need for surgery.

The method is crude and simple, yet highly effective. I had a colleague who was scheduled for rotator cuff surgery but decided to give PRP a shot before going under the knife. After three treatments, it was completely healed.

A few years ago, I suffered from medial epicondylitis (golfer’s elbow), which can be a debilitating condition. It was so bad that I had trouble holding a fork! I had PRP done on the common flexor tendon of both arms and within weeks I was able to return to max deadlifts and fat-grip chin-ups.

There are many physicians around the world that perform this procedure now. Make sure you find a skilled one to do it. If you inject the wrong tissue (e.g., a bursa sac), you’ll do more harm than good. 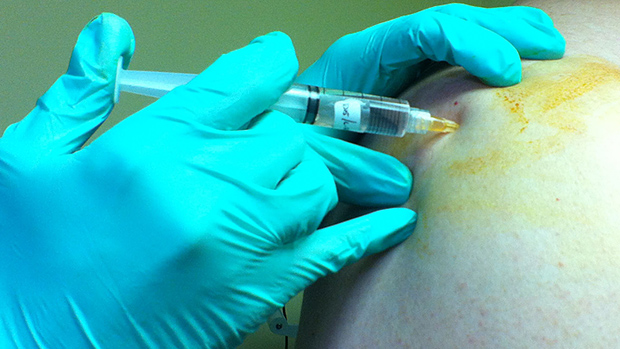 This method is used to initially irritate and then stimulate healing of injured and painful joints and connective tissue. Some refer to it as “nonsurgical ligament reconstruction” because it’s often used to address ligament laxity (weak or damaged ligaments).

What happens when you irritate an injured ligament that’s been dormant for a while? It starts to heal. Ligaments don’t have a great blood supply, so bringing any sort of “attention” to the area is a good thing. Injecting an irritant, like a dextrose solution, into a ligament will cause your body to mount an attack against it, which causes inflammation, the first stage of healing. Without inflammation, you don’t have repair or remodeling. In other words, you don’t heal.

This compound is a key player when it comes to joint health. Think of cells in the body as bricks of a house. Hyaluronic acid keeps the mortar between the bricks (collagen) from drying out and cracking. It’s basically the “glue” that keeps your cells together.

We’ve all heard stories where the foundation of a house was weak and brittle because the mortar was falling apart. The same sort of thing can happen in your body as you age and tissue starts to dry out.

Hyaluronic acid can help lubricate and cushion joints and reduce pain. This stuff is so versatile it’s used to regenerate eyes, skin, hair, lips, and – you guessed it – joints, specifically the hyaline cartilage that lines movable joints. Hyaluronic acid will attract moisture to the joint, acting almost like an oasis in a desert, and it’ll help to fill in the cracks in the foundation.

You can take hyaluronic acid orally or apply it topically, but if you want the greatest injury-healing impact without worrying about any absorption issues, inject that sucker straight into the joint. 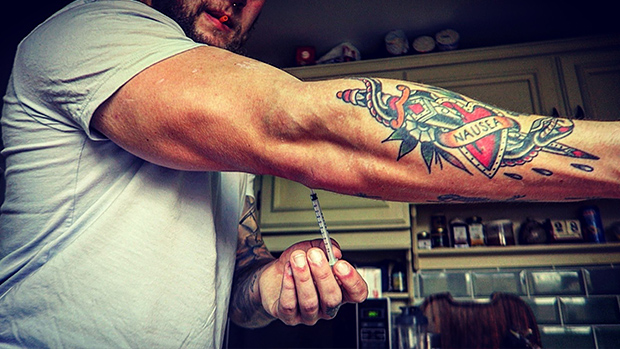 BPC or “body protecting compound” is an underground remedy for injured tendons, ligaments, and muscles. This particular peptide has the ability to heal tissue big-time, and it’s quickly becoming a very popular “behind the scenes” treatment for many guys in the iron game.

I took notice after a colleague of mine, Mike Demeter, mentioned his experience with this stuff. Mike used 250mcg of peptide BPC-157 twice a day. Within 10 days his range of motion improved considerably and there was a significant reduction in pain.

This peptide can work pretty fast and it appears to be free of side effects. If you’re thinking about giving it a shot, it’s available from several suppliers on the Internet. Technically, however, websites aren’t allowed to sell stuff for human injection, but it’s out there. You just have to be a good Googler.

Botox is famous for cosmetic reasons, but it can also provide some serious relief for joint pain. You can either shut off overactive muscles that may be causing pain in a joint, or shut off the pain nerves in the joint itself.

Lateral patellofemoral overload syndrome, for instance, is a painful knee condition that typically affects runners and cyclists, but it can also hit the average gym rat who does high-rep squats and lunges and throws some cardio into the mix. Research has found that injecting a Botox-like substance into the tensor fascia latae (a muscle that runs along the front and side of the hip) followed by a few months of physiotherapy can wipe out knee pain in a majority of subjects.

Botox can even be used to treat chronic arthritis when injected right into the joint. Research has shown a significant decrease in joint pain in ankles, knees, and shoulders. It does so in two ways: it targets pain nerves within the joint and can reduce nerve-related inflammation of the muscles surrounding the joint without compromising strength and function of adjacent muscles. Diminished wrinkles around the area are just an added bonus!

Growth hormone has the unique ability to regenerate cartilage. If you’re a “bone on bone” case, you may be a perfect candidate for this procedure. Granted, you need to use a high dose of GH – around 15-30 IUs depending on the size of the joint – and it’s expensive. It also requires a bit of time and some physio (the joint must remain unloaded throughout the process), but with a success rate of 95% for ankles, elbows, and wrists in particular, it may be well worth it.

Stem cells are the new kids on the block for treatment of skeletal muscle injuries. Think of stem cells as the “repairmen” of the body. These guys go to work to heal all sorts of joint, muscle, tendon, ligament, disc, and bone injuries, and the word on the street is that they really work.

Joe Rogan of UFC fame has talked quite a bit about the effectiveness of stem cell treatments. He had it done to repair a badly injured shoulder and it did the job. He’s back to 100% now. According to Rogan, “Injuries heal super quick, permanent results within days. It’s insane!”

Stem cell treatments are even being combined with PRP and prolotherapy for a super-potent healing cocktail. It’s certainly a fast-growing field. Currently the expense is high, but this protocol may be a game-changer in the future.